Home »Unlabelled » The businessman gave a beautiful lady a lift..and then ..

The businessman gave a beautiful lady a lift..and then ..

The businessman gave a beautiful lady a lift..and then .. 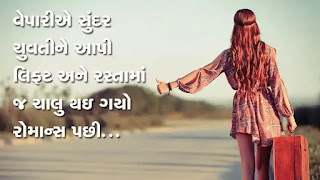 Patan: A gang of trapping Honey Nawar Honey has been activated in the district. Target of the affluent rich people has been seized by the Pathan police. In which the Harij taluka and Patan's Ismo were assembled, a gang was plotted and demanded a lift by a woman on a car driver passing by the road. The other Sagrito reported the incident and the Patan police hurried the gang over to make money by shooting a knife with my scared woman. While the success of Honeytrap's crime has been resolved, giving drivers a lift on the highway has now become more like a red light.


If we look at the whole incident, the merchants of Ganj Bazar in Radhanpur were driving away from Harij to Mehsana. Meanwhile, a woman on the road demanded a lift from the shopkeeper, saying that their child is ill while sitting in the car. After the trader had put the woman in the cart as an example of humanity, then the whole criminal conspiracy begins. According to the conspiracy, the woman sitting in the car passing by the road, calling her other sagittari and coming forward, the carriage of another swift carriage arrives in front of the road. Three of the items were removed from the car, showing a knife, kidnapping a businessman in his own car and taking him to a village near Manasa village. After that the rupee was set at Rs 4 lakh, but to get this rupee, the businessman Chaudhary Pravin Bhai had to leave and the accused left the promise to the businessman. But then the accused was constantly scared to collect the money over the phone and complained about it to the Harij police station and then to the Patan LCB police station.

The businessman lodged a complaint at the police station and the police registered a crime and asked the businessman to continue talking to the accused over the phone. On the basis of the call location, the police managed to speed up the four accused with a swift carriage. However, 1.Kunji Thakor in these four accused. Bhai Sahib Tarij 2.Jyoti's Ben Kanuji (wife of the above Ism) 3 Bharat Singh Waghela. In particular, in this crime, the Ben of Jyotsa, also associated with criminal activity, has also been charged at Radhanpur police station.